For new made raised beds its doing Ok 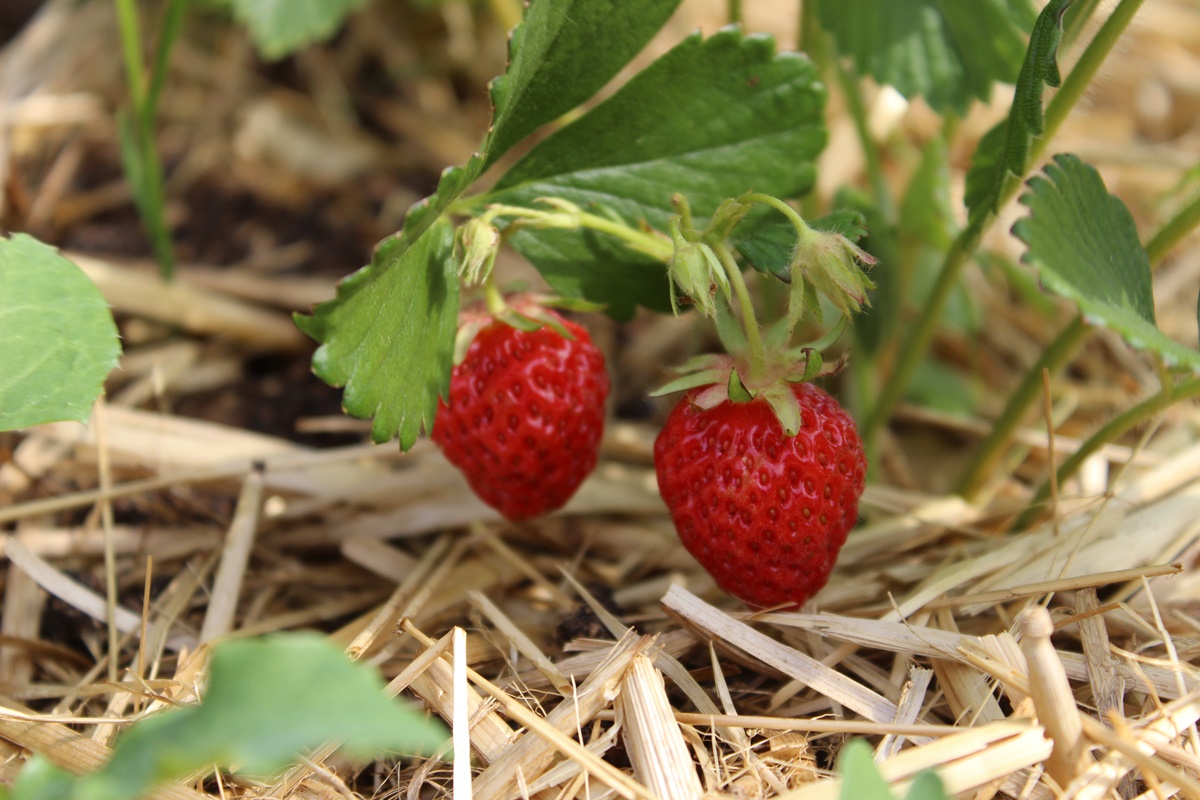 When I wrote my last garden update I was not very happy with the results of the garden at that point. Now we are about one month later and a lot has happened. Not all is how I would like to see it, but for new made raised beds with only normal soil in them I think I should not complain.

At least we are harvesting some strawberries, which the children love. Also the raspberries are starting to ripen, so we can start harvesting these soon as well.

Furthermore we have harvested some lettuce. With the sweat peas we could already harvest the shoots, but we ratter have the peas, so we leave the shoots to grow and also have sown some more sweat peas for a later harvest. The green peas are a little bit behind, but are growing well too.

The fist bed I had sown in and covered with a thick layer of straw, some things sprouted, but it is pathetic considering how much I had sown. I have some red cabbage, a little more kale, a few white cabbages; the swede is doing Ok and needs some more space, the oatroot (vegetable oyster) came up well and I am looking forward to trying this vegetable out. I am growing this for the first time.

The onion sets and potatoes are doing great. When the Colorado potato beetle does not make to much damage, we should have a very nice potato harvest.

In between the onion sets I had sown carrots. A number of carrots did sprout by now, but the plantlets do not really want to grow somehow. The bed where I had sown carrots and lettuce later and I hat only covered with a thin layer of straw is looking better. Most of the seeds have sprouted here. I will have to wait and see if these carrots will grow better.

It is looking a lot different with the red beets between the garlic. The red beets that actually sprout also grew, but not many have sprouted. But there are sprouting new red beets al the time and stick there heads above the straw.

The tomato plants have set and are looking good, but are still very small. I hope I can harvest from them before the season is over.

The Paprika plants do not want to grow at all. I think the varieties for outdoors should probably also go in a greenhouse in this area.

The Dill is growing nicely and I should probably start harvesting this some time soon.

The corn and the pole beans sprouted nicely and are looking good.

The cucumbers are still small, but are looking good.

And I had sown some more. Sweat peas, spring onions, white cabbage, Kale and leeks. Beside the leeks everything came up nicely and will need to be replanted some time soon.

Hello, we are Sebastiaan & Carolien, parents of 3, with 5 dogs and 4 cats. We love our kids, animals, gardening, nature and wood working. Thanks for following along. And we would like to take you along on our beautiful chaotic journey which is called our life.